The OctoCell is a new synthesizer designed for Ableton Live by Michel Geiss – musician, long-time collaborator of Jean-Michel Jarre and designer of hardware instruments; and Jean Lochard – musician, collaborator of the famous Ircam (the Parisian music research institute), and co-designer of the Ircamax 1 and 2 collections.

The OctoCell is a hybrid multi-synthesizer. It’s compatible with Live 11 running Max for Live. It combines several types of synthesis: additive, FM and subtractive. The device really shines when you combine very “analog” timbres with very FM timbres.

In addition, the OctoCell includes a powerful Morphing function and an innovative spectrum modulator.

iginal concept and expressiveness, including MPE (MIDI Polyphonic Expression) compatibility, make the OctoCell a unique and versatile instrument that can be used in all forms of music.

Basically, the OctoCell synthesis engine consists of an additive structure of eight oscillators, each with its own amplitude envelope. 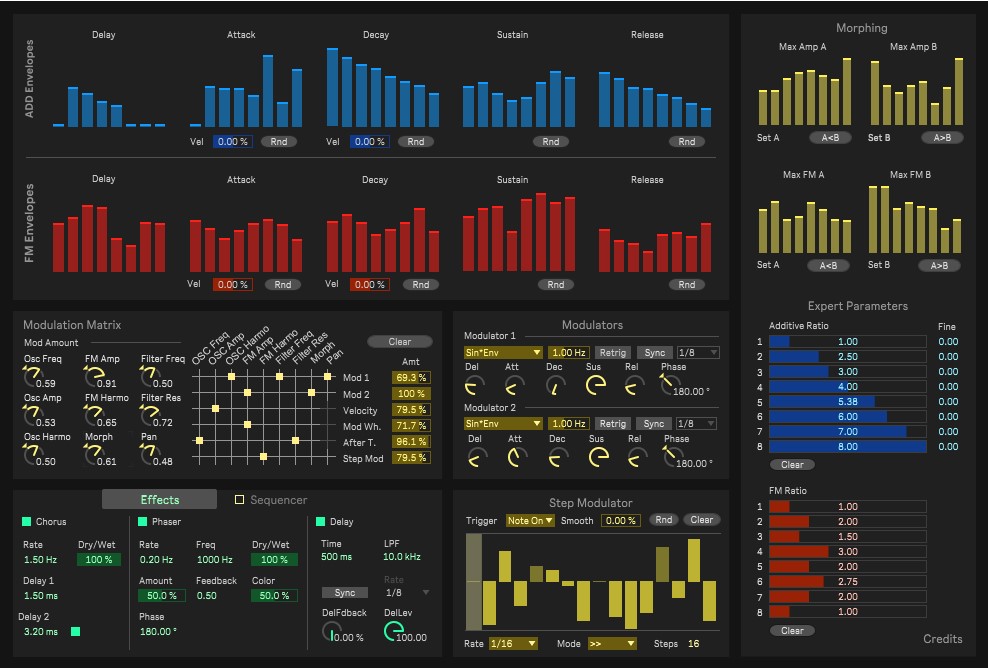